The Wonderful World of Dissocia

Lisa Jones is on a journey. It’s a colourful and exciting off-kilter trip in search of one lost hour that has tipped the balance of her life. The inhabitants of the wonderful world she finds herself in – Dissocia – are a curious blend of the funny, the friendly and the brutal.

As Neilson himself puts it, ‘If you like Alice in Wonderland but there’s not enough sex and violence in it, then Dissocia is the show for you.’

This is a hugely original play, both magical and moving, that confirmed Anthony Neilson as one of the major voices in contemporary British theatre.

The Wonderful World of Dissocia – Official Trailer from Omar Baroud on Vimeo. 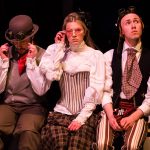 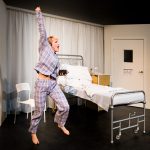